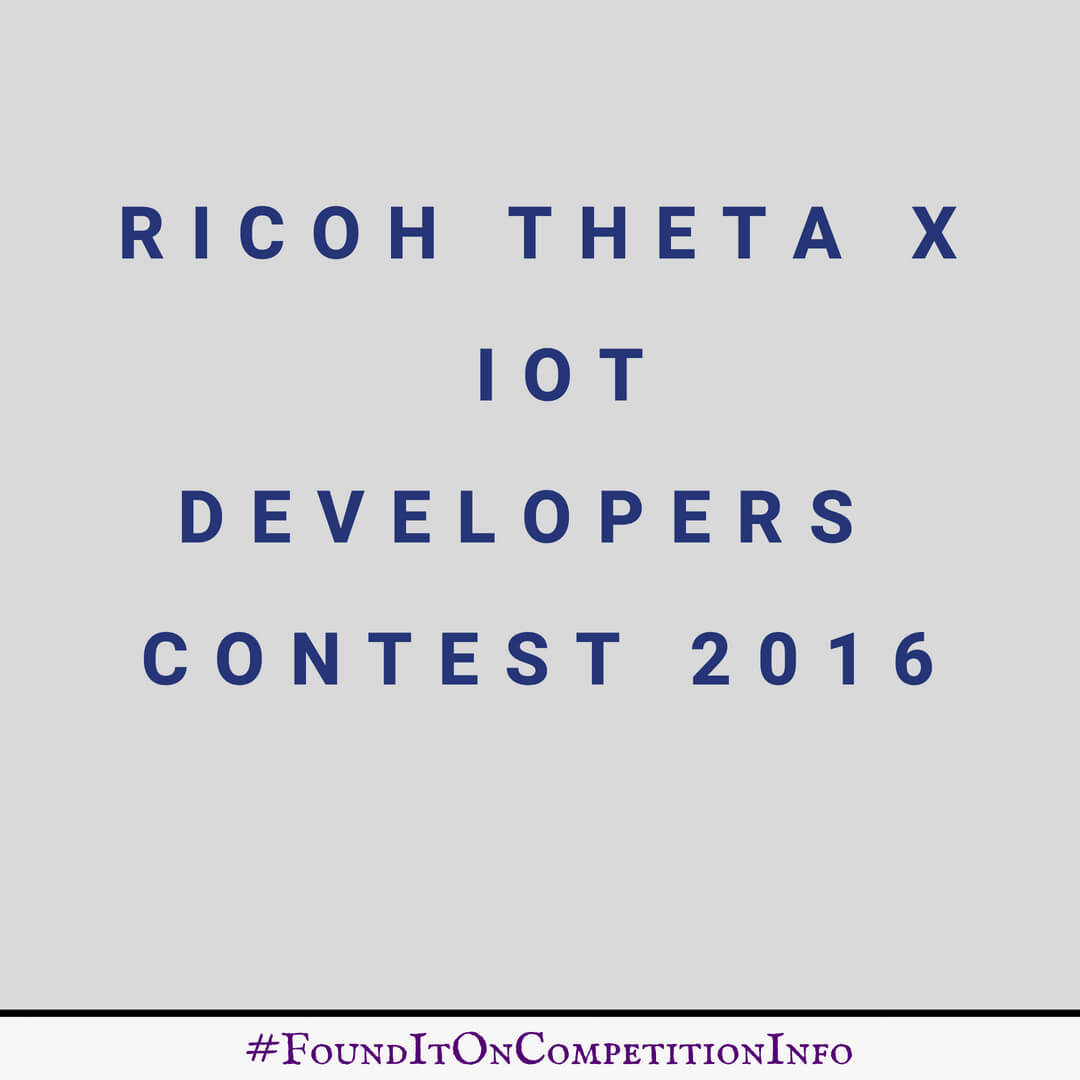 
Ricoh is calling for submissions to its RICOH THETA Internet of Things (IoT) Developers Contest for a chance to win a share of 5,000,000 Japanese Yen in prizes.