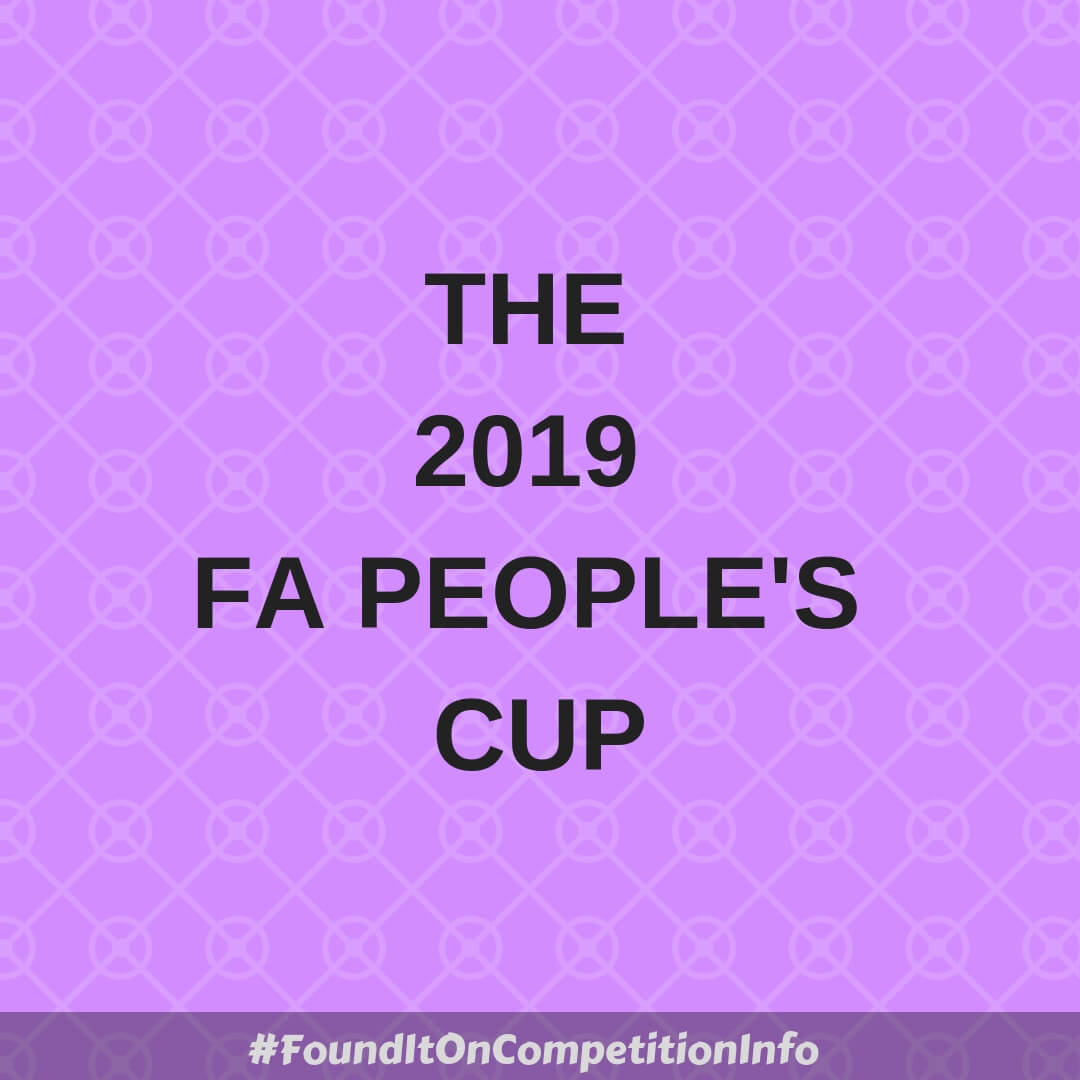 
This call for applications is for the 2019 edition of the FA People’s Cup, a small-sided competition perfect for players looking for that step back into football. If you don’t have a team you can sign up as an individual and they will do their best to place you in a team with other individual players or with an already formed team who require additional players.

The different categories are:


All winners will receive tickets to the 2019 Emirates FA Cup Final at Wembley Stadium on Saturday 18 May.

One player from each successful team will have the opportunity to lift their trophy on the Wembley Stadium pitch at half time.

Semi-Finals: Saturday 23 – Sunday 24 March 2019. The Semi Finals will take place in 12 or more locations nationwide. These will be confirmed once the first round has taken place.

More from The FA

The FA People's Cup is the largest small-sided football competition in England. Grassroots teams from across t...

The Melbourne International Chamber Music Competition (MICMC) seeks to identify and cultivate the next generation of chamber music ensembles. The competition welcomes applicants who embody chamber music’s ability to engage both mind and heart with ....